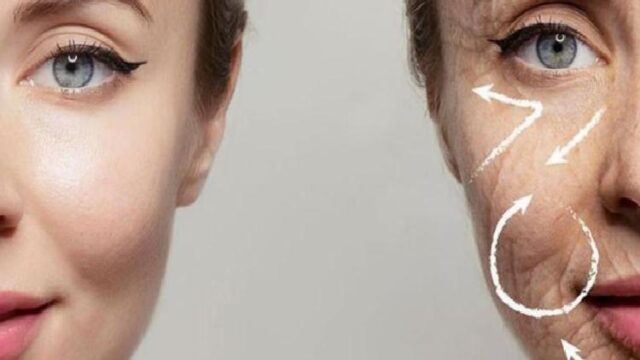 Every organ in the human body gets its share from age. Your vision deteriorates, your hearing deteriorates, the liver works less, the kidneys work less. Your face also benefits from this effect.

From this point of view, facial aging can be summarized under 3 main headings: first, loss of volume, second, loss of skin health, and third, loosening of the skin’s support columns. We can look at volume loss under 2 main headings: adipose tissue loss and bone tissue loss.

Firm wrinkles appear on the skin due to decreased collagen and increased elastin, as well as discoloration due to sun damage. The loosening of the support columns also makes the face appear divided, which aggravates the consequences of the overall volume loss.

Effects of aesthetic applications on the aging process

In medicine, attempts are made to delay surgical interventions as much as possible. Aging is a process and it is not possible to eliminate all problems with a single method. Therefore, non-surgical methods should be preferred whenever possible. However, if surgery is unavoidable, surgical treatment methods may be preferred.

For example, if you have a small hanging tip of the nose, surgery is unreasonable if you can correct it in 1 minute with a filling. However, if you have a very large, crooked nose or have breathing problems, you may prefer surgery.

With well-trained hands and good products, the complication rate is very low, or even if there is a complication, the probability of permanent damage is very low. But unfortunately, with inexperienced hands or poor quality materials, you run the risk of getting into serious trouble.

The application age should be determined as needed

It is not possible to specify a specific age for starting aesthetic applications. That depends entirely on the need. For example, botulinum toxin (Botox) application may be done at age 18 when there is a very strong frontal muscle that has the potential to leave scars, or it may not be needed until age 50. In general, however, Botox application should be started between the ages of 25 and 30.

Is it possible to achieve success with aesthetic applications started late?

As the costs of delayed interventions increase, success rates decrease and additional applications are required. The process will take longer, but if you are patient enough, you will definitely see some success.

Do people want to change their bodies or their emotions with aesthetics?

Do people want to change their bodies or their emotions with...

What is liposuction application?

What is bruxism (teeth grinding) botox?

Do people want to change their bodies or their emotions with...